The Role of First Lady: Martha Washington to Laura Bush 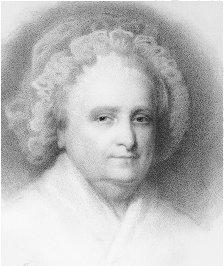 Martha Washington
THE LIBRARY OF CONGRESS 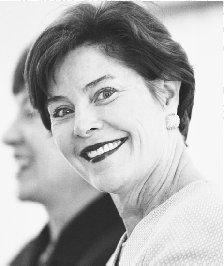 
EVEN before the federal capital was permanently situated on the Potomac, the president's wife had become a public personage. Martha Washington arrived in New York City one month after her husband's April 1789 inauguration to the acclaim typical of that reserved for a royal consort. On her journey north from Mount Vernon, newspapers reported on the progress of her trip, including the fact that she had been feted at a party in eastern Pennsylvania. George Washington arranged for her to make the crossing from New Jersey to Manhattan on the presidential barge, and New Yorkers lined the streets to cheer "Lady Washington" all the way to the house Congress had rented for the chief executive on Cherry Street.

Until about 1860, the role of president's wife remained largely local. Few people outside the capital city had an opportunity to observe her actions or learn about her activities. But as the city of Washington grew and the number of elected officials and government workers multiplied, the manager of the presidential household became more prominent. Magazines with national circulations began to feature articles about the president's family. As travel conditions in the United States improved, presidents ventured farther away from the capital, and when their wives accompanied them (as Lucy Hayes did on Rutherford B. Hayes's western journey in 1880) many Americans caught their first glimpse of a president's wife, and they began to take greater interest in her activities.

While the social responsibilities of being First Lady had been apparent from the earliest days of the Republic, much about the role remained for each incumbent to define for herself. Some presidents' wives chose to maintain a distance from their husbands' jobs, while others made no secret of their wish to be involved. As more American women began to define lives for themselves outside the home, working and participating in important public decisions, the role of First Lady expanded, too. Some wives became major players in their husbands' administrations. In 1986, a major newspaper described Nancy Reagan as having achieved something like an "associate presidency"; in 1993, one magazine outlined a First Lady's accomplishments in an article titled "One Hundred Days of Hillary."

First ladies with strong impact on their husbands' presidencies

Carl Sferrazza Anthony, First Ladies: The Saga of the Presidents' Wives and Their Power , 2 vols. (New York, 1990–1991), covers the topic from Martha Washington to Nancy Reagan, with the entire second volume devoted to the post-1960 years. Rather than writing about each woman separately, Anthony focuses on the relationships among them and the many instances in which their lives intersected.

Betty Boyd Caroli, First Ladies (New York, 1987; expanded ed. 1995), is a history of the job and the women who held it from 1789 to 1995. Written from a feminist perspective, it connects changes in the role of First Lady to changes in the lives of all American women. Margaret Truman, First Ladies (New York, 1995), is a personal history of the subject, including anecdotes and observations of a president's daughter.

Lewis L. Gould, ed., American First Ladies: Their Lives and Their Legacy (second edition, New York, 2001), has articles on every president's wife, from Martha Washington to Laura Bush. The entries, each written by an outstanding scholar in the field, conclude with bibliographies listing writings by and about the subject. Paul Boller, Jr., Presidential Wives: An Anecdotal History (New York, 1988), has entries on each First Lady from Martha Washington to Nancy Reagan.

Myra G. Gutin, The President's Partner: The First Lady in the Twentieth Century (Westport, Conn., 1989), grew out of a doctoral dissertation examining the communication roles of presidents' wives after 1920. The book divides twentieth-century First Ladies into several categories: "social hostesses and ceremonial presences," "emerging spokeswomen," "political surrogates and independent advocates," and "a First Lady in transition."

Nearly half of Presidential Studies Quarterly 20 (fall 1990) is devoted to articles on the role of First Ladies and recent scholarship on the topic. Ten essays focus on twentieth-century incumbents and their effect on the presidency.

Nancy Kegan Smith and Mary C. Ryan, eds., Modern First Ladies: Their Documentary Legacy (Washington, D.C., 1989), includes an introductory article by Lewis L. Gould on the role of First Ladies and articles by individual archivists on the records available for the presidents' wives from the beginning of the twentieth century to the Reagan years.

William Seale, The President's House , 2 vols. (Washington, D.C., 1986), is a reliable history of the White House and includes material on First Ladies before 1960.

this is the most creative article that i have ever read and i would read it over andover again . thank you and good night!!!!!!!!!!!!!!!
2
Betty Boyd Caroli

I don't see a source for this article--where it was first published. When?
3
Shannon

Lots of facts but, i need more. Other wise great parahgragh.A+ on that test.

The Role of First Lady: Martha Washington to Laura Bush forum
The White House Appendix A General Bibliography of the Presidency