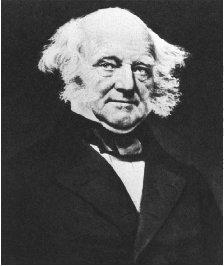 THE inauguration of Martin Van Buren on 4 March 1837 would long live in the memory of his contemporaries. The thousands who jammed Washington's avenues had come not so much to greet their new leader as to catch a final glimpse of the departing president, Andrew Jackson. They stood respectfully while the new president read his inaugural address and took the oath of office. As the inaugural party began its descent from the platform, the crowd unleashed a thunderous ovation "such as power never commanded, nor man in power received." "For once," recalled Senator Thomas Hart Benton, "the rising was eclipsed by the setting sun."

No one was more keenly aware of the significance of this transition than Martin Van Buren himself. He regarded Jackson as the last of the great revolutionary heroes. "I feel that I belong to a later age," Van Buren told the inaugural crowd, "and that I may not expect my countrymen to weigh my actions with the same kind and partial hand." Within weeks an unprecedented economic depression would cause Van Buren's countrymen to judge him harshly. Historians have been equally severe in their assessment. Depression victim though he would become, Martin Van Buren was superbly qualified for the White House.

More than any other statesman of the age, Van Buren devoted himself to the perfection of party politics grounded on principle and maintained by discipline. His career in both state and national government exemplified a professionalism that would shape the modern two-party system. If Andrew Jackson was the symbol of a political renaissance in the United States, Martin Van Buren was its chief architect and prime beneficiary. Lacking prestigious family connections, martial fame, or substantial wealth, he worked within the party to gain advancement. He was the first professional politician to become president.

Elisabeth H. West, ed., The Calendar of the Papers of Martin Van Buren (Washington, D.C., 1910), provides an introduction to the rich collection of Van Buren's papers at the Library of Congress; the papers are the most important source on Van Buren's presidency. James D. Richardson, ed., A Compilation of the Messages and Papers of the Presidents 1789–1897 , 10 vols. (Washington, D.C., 1896–1899), includes Van Buren's addresses to Congress and many important state papers. Donald B. Cole, Martin Van Buren and the American Political System (Princeton, N.J., 1984), is an excellent biography.

Robert G. Gunderson, The Log-Cabin Campaign (Lexington, Ky., 1957), captures the flavor of the political rough-and-tumble but lacks analytical rigor. John C. Fitzpatrick, ed., "The Autobiography of Martin Van Buren," in Annual Report of the American Historical Association for the Year 1918 , vol. 2 (Washington, D.C., 1920), was written during Van Buren's retirement; the former president makes perceptive comments on political development but does not carry the narrative beyond 1835.

Van Buren seemed to me to be the politicians politician. They called him "The Littile Magician" because he could talk his way out of any problem. He disagred with jackson on the destruction of the National Bank and Van Buren was correct. Van Buren went along with Jackson's Banking mistake for the simple reason that he needed jackson's indorsement to win his own electon as President. The national depression landed in Van Buren's Presidential cup of tea two weeks after his inaugurationn. He was indeed a very capable politician who could stand easy on the neighboring stump with any opponent. But, he didn't do the job he knew needed to be done for the American people; he chose his political career instead. Andrew Jackson may have stated my feelings best. Jackson said he hoped the American people would send those who put politics above the national good back to their dung heps to live forever.
Marvin E. Fox